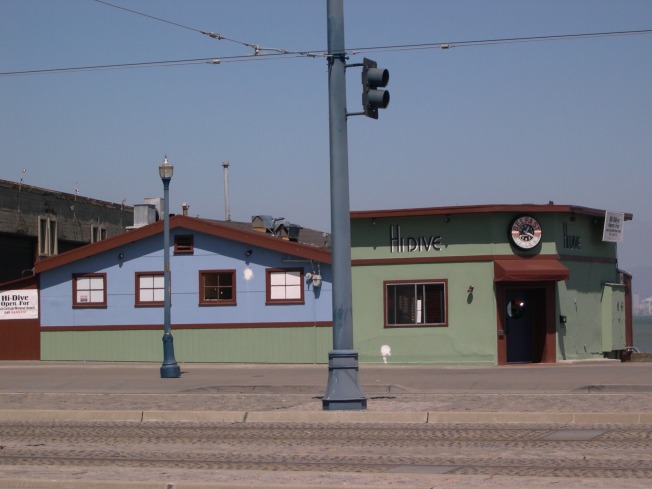 One of San Francisco's greatest bars, and very photogenic in the right summer light. 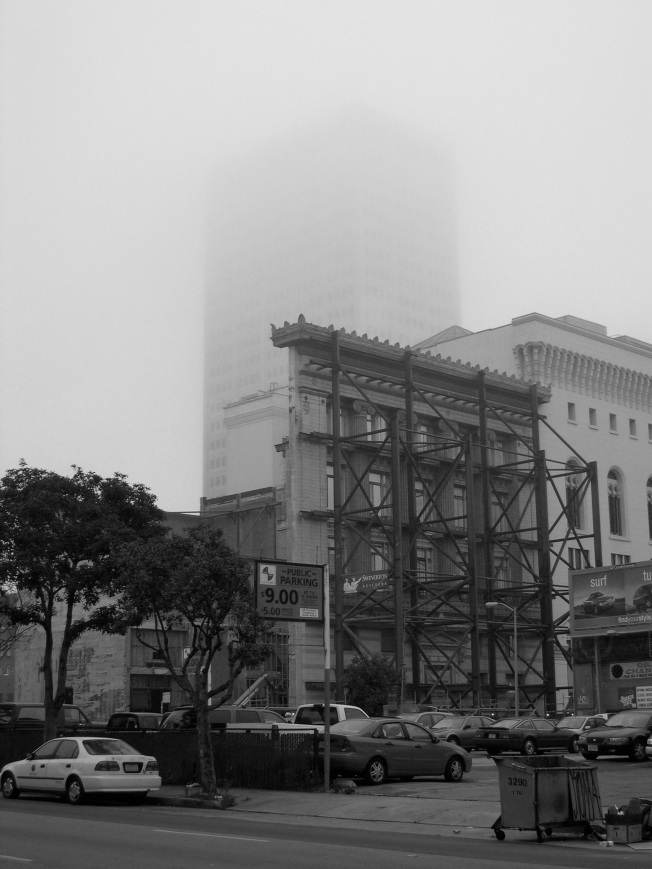 The San Francisco Conservatory of Music Under Construction, 24 August 2004

This comes from a series of pieces I’ve written for my friends about my experiences traveling on San Francisco public transit. I originally wrote it on July 29, 2010.

For better or for worse, things happen on public transit that can never happen in cars or on bicycles.

On the 21-Hayes, heading home during rush hour. I sat near a couple, roughly 35-ish looking, who appeared to be a couple content with other. They rode on the left side of the bus, both looking to their left to the front of the bus, and she sat closer to the front door. She had a curious way of canoodling (look it up) with her gentleman friend: slowly and gently running her right forefinger up and down the back of his neck. She never looked at him; she always looked to the front of the bus, always stroking the back of his neck.

He also kept looking to the front of the bus–at least, until the moment when two vivacious young ladies with Russian accents and floral print micro-mini-dresses with hemlines that went all the way up to there boarded. They pranced and skipped to the back of the bus, laughing and chatting merrily, and took their seats. The gentleman’s head turned slowly, slowly, slowly to the right to watch the ladies. His significant other never stopped looking to the front of the bus. However, that one right forefinger stroking his neck was replaced by all five fingertips gently gripping the back of his head and turning it back to the left so that he again looked to the front of the bus.

Then she resumed stroking the back of his neck with her forefinger. And that’s how you keep your man in line on the 21-Hayes.