Hasn’t been a great winter for sunrises so far in 2012-13. Unlike the sensational flaming morning skies you see in “The Painter on the Roof” and this “Sunrise, Christmas Eve 2005” picture, the pictures have been at best subtle and austere, such as these two: 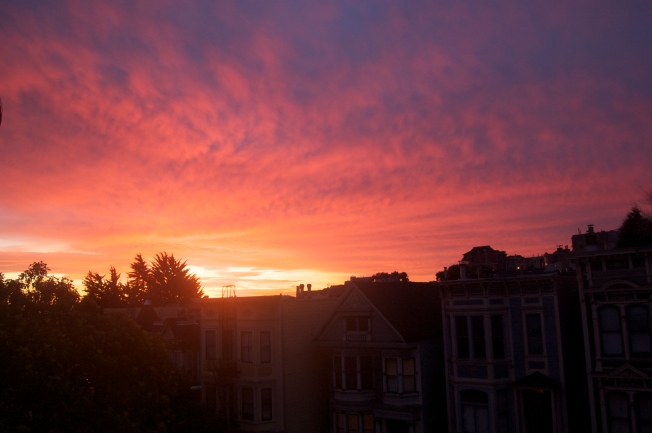 Sunsets, however, have proven a tad more interesting. During your childhood, did you have a doll which you dressed in different costumes? San Francisco adults have their own doll–City Hall. Every day soon after 5:00 p.m., you will see anywhere from 3-20 people in the Civic Center taking pictures of the domed building. They are not tourists–they’re San Franciscans. I have no doubt that two, three, possibly more of them currently maintain a “Picture a Day of City Hall” blog somewhere out there in the internet ether. City Hall gives them much to photograph.

You might have seen “Joyeux Noel from San Francisco.” We don’t settle for just one excuse to dress up the seat of our government. Our beloved San Francisco Giants gave us one excuse for an orange light show: 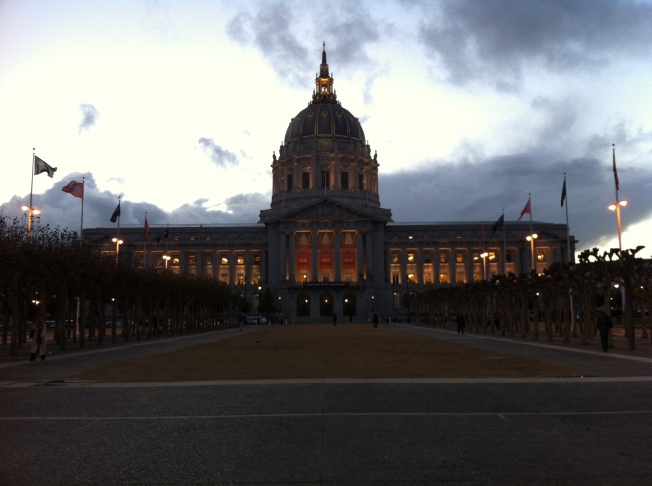 And now the San Francisco 49ers have given us an excuse for a light show in red and gold:

Poor old City Hall. It seems as if we’re punishing it for its architectural excellence.