So there I stood on Saturday morning at the intersection of Geary & Masonic (where I had saved my 13th life), with both a shopping list for the grocery store and a grouchy grousing gut grumbling for grub (ah, poesy!). I chose brunch. A new restaurant/bar called The Corner Store had opened, so I gave it a try. I ordered biscuits & gravy, two scrambled eggs and roasted potatoes, washing them down with one cup of coffee. 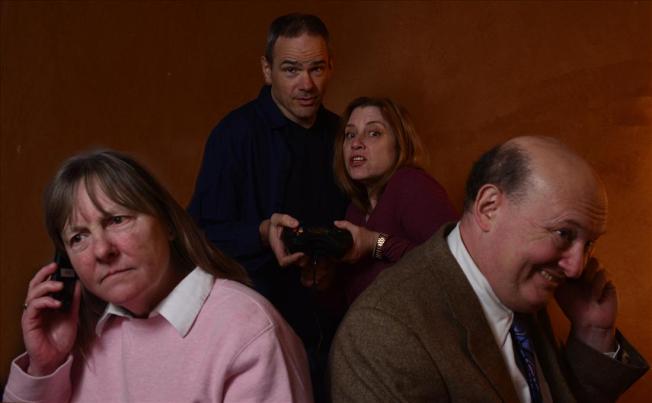 First publicity still from the new play Just One More Game. I’m the overacting chap in the bottom right. http://tripleshotproductions.org/

I know San Francisco restaurants have to add a 4% surcharge (some sort of Health & Wellness fee), but still. And I tipped the server 17%. I can only wonder about the bills of the patrons who had ordered second rounds of Mimosas and Bloody Marys. Actually, I don’t have to wonder at all; the computer screen over the cash register displayed the totals owed in bright blue letters (Helvetica font) about 96 points tall (1.25″), so I could read the numbers easily from 12 feet away. 30, 35, 40 dollars per person; no one seemed to mind paying that much; no one seemed to mind that everyone knew that they paid that much. Literally, conspicuous consumption.

And a twenty-dollar breakfast like this makes me wonder about the future of the arts in San Francisco. 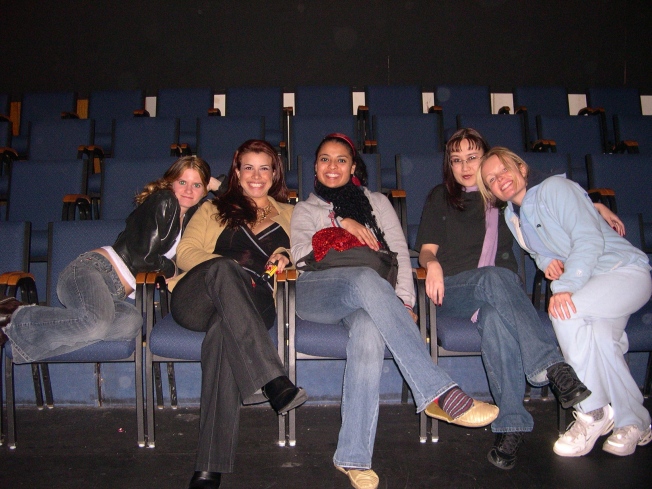 About a quarter century ago, I frequently visited the Café Picaro, a grungy ramshackle bohemian café open for breakfast, lunch and dinner located on 16th Street between Valencia and Guerrero which served as Ground Central (coffee-ground central) for impoverished Mission District painters, poets, musicians, aspiring actors and chess hustlers. For $1.75 (plus tax and tip) you could get a bowl piled high with diced roasted potatoes in olive oil, rosemary and garlic–roasted potatoes, olive oil, rosemary, garlic; wonderful!–that could sustain a starving artist from breakfast until dinner. During the dot-com boom of the 1990s, the owner retired and sold the place to a restaurateur who transformed the Picaro into an excellent tapas place where the still-excellent but very different roasted potatoes come with aioli and they cost five bucks for a portion about 1/8th the size of the bohemian days.

What kind of people can afford $35 brunches?

The new beneficiaries of the new dot-com boom.

I have written before that if San Francisco is not change, then San Francisco is not at all (and given that I am boring and redundant, I will probably write that again–many times). “Change,” like “quality” and “innovative,” is a value-neutral word frequently misused to imply “good.” Our latest gold rush is our second dot-com boom (the previous dot-com boom went dot-bomb bust during the first recession of the first decade of the millennium). In keeping with the San Francisco tradition of boom and bust, people from all over the world have poured into the city in the pursuit of wealth. Happened in 1849, happened during the 1990s, happening again. However, San Francisco is also America’s second-smallest metropolis in square miles (roughly 49; only Boston is smaller), and water surrounds it on three sides. In simple English, there just ain’t much space here. Limited supply, huge and growing demand for housing; rents have soared. 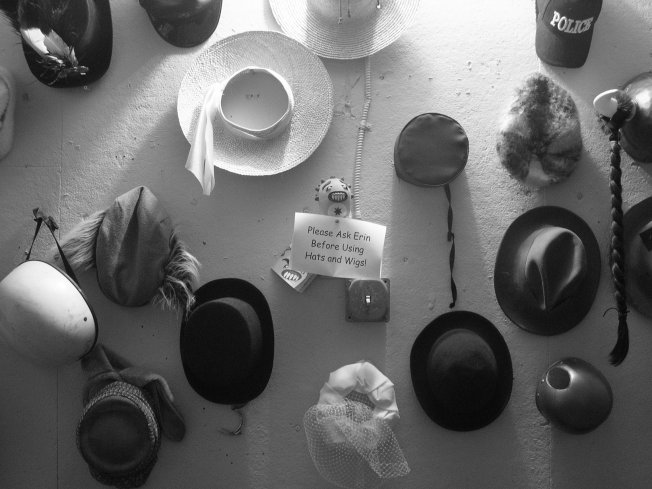 Construction sites for future apartment buildings have sprung up all over the city; offhand, I can think of six that I can see from the 10th floor lunch room at SFPUC headquarters. This should have some positive effect upon the supply of housing, but at best rents will stabilize at their current extreme levels. 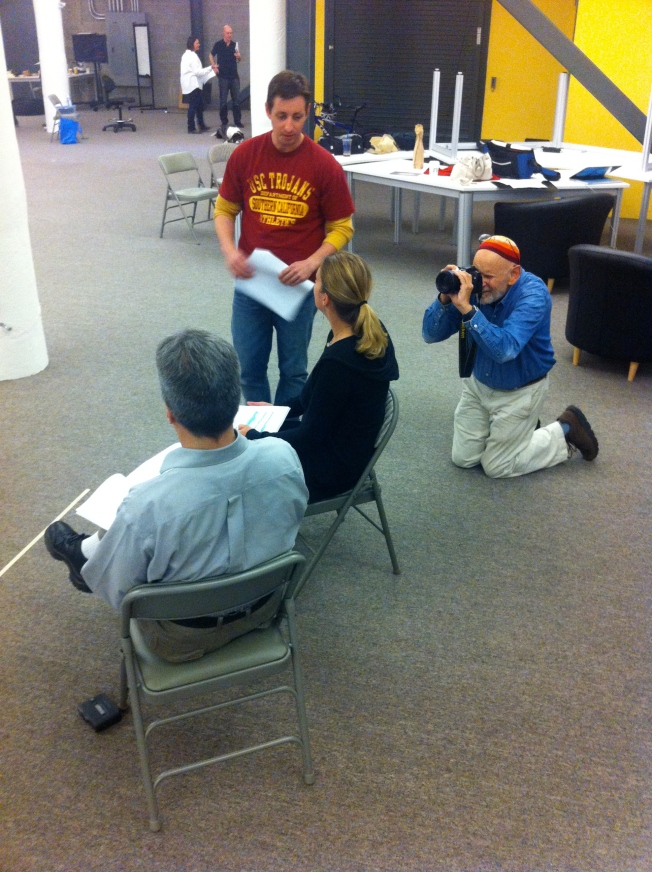 So many of my artist friends have moved to the East Bay (notably Oakland) that I sometimes serve as the sole member of the Board of Directors of the Playwrights Center of San Francisco who actually (gasp!) lives in San Francisco. Which leads to an interesting situation; the theater spaces remain here in the city, but the actors, playwrights and directors live there, across the bay. I will appear in Dan Wilson’s world premiere play Just One More Game in March at the Exit Theatre near the Powell Street cable car turnaround, but during the next month our rehearsals will take place in a former bar that’s being converted into an artists’ space about a mile from the Fruitvale BART station (incidentally, the indie feature Fruitvale just scored a stunning upset victory at Sundance; film is starting to do well in the East Bay).

Now I strongly recommend that everyone come see the play; Dan (who also lives in the East Bay) has written one heck of a romantic comedy about love and Zork and aging gamers. However, I also wonder how much longer San Francisco can remain a major artistic center on the West Coast if the artists can’t live here. Don’t tell any of my East Bay buddies, but sooner or later someone will ask someone else, “Hey, why should we pay expensive BART fares to travel into San Francisco to pay the ultra-expensive theater rentals just to put on a show that can’t possibly break even? We have some really cool abandoned spaces here in Oakland that could become really cool 49-99 seat theaters that won’t cost as much to rent! Why don’t we put on our own show right here! It’ll be the biggest and best show in the entire Bay Area!”

Please don’t misunderstand; I get it. Cities need to evolve and keep evolving. People get misplaced or displaced all the time. I want to write a value-neutral post. I also want to point out a curious paradox of San Francisco life, namely, the very act of moving to San Francisco has displaced thousands of the people who made San Francisco San Francisco, thus making San Francisco into a San Francisco different from the San Francisco to which people have moved so they can live in San Francisco. I hope you memorized that. That will appear on your final exam.

The newcomers to San Francisco probably have no idea how their new home has changed. A recent article at Yahoo! cited the three biggest challenges facing San Francisco in 2013. Incredibly, our impending ban on public nudity (excuse me, our impending loss of “body freedom rights”) was not one of them, but the displacement of lower-income city residents was. Guess where artists reside on the income scale. However, one commenter on the article mentioned that he/she did not know a single person in SF making less than $100,000 per year. He/she has never met an employee of the City and County of San Francisco (my salary is published online and it is much less than 100K), and probably never met one of our non-developer creative types.

(Optional reading: I cannot hope to give you an adequate description of how complex housing issues have become in this city thanks to issues like tenancies-in-common, rent control, and the Ellis Act; please consider this only an incomplete story.)

Of course San Francisco remains as much fun as ever, but the nature of that fun changes just as much as San Francisco itself. We’ve gone hardcore foodie. You could spend a week’s vacation here on Valencia Street alone gorging on Peruvian, American Southwest, Indian, Spanish and a host of other cuisines, and you will enjoy your visit as much as you ever have enjoyed your visits to the city. Incidentally, as a long-time resident, I’m supposed to write “The City.” But I refuse. I just plain refuse. Too snobby for my taste. I do feel a little concerned that after you enjoy yet another incredible meal at yet another incredible new restaurant where the cash register shows the incredible amount of money you spent in big bright blue Helvetica letters, well, you just might not have much to do in the way of entertainment after the meal…

PS–Incidentally, a few days ago I ate breakfast at Eddie’s Cafe, an old diner on Divisadero near Fulton run by an Asian-American family that has owned the place for a quarter-century. Scrambled eggs, pancakes, hash brown, toast and two pan sausages–$11 including tax and tip. On the wall, someone had mounted a coffee mug that looked as if it had been split in half. The message on the mug? “San Francisco was so expensive I could only afford half a cup.”

$20 Breakfasts and the Future of the Artist in San Francisco, 27 January 2013