Eclair Bandersnatch is the pseudonym of one of San Francisco’s most idiosyncratic muralists and sidewalk artists. I feel tempted to address this person or persons as “her,” partly because of Eclair’s Facebook page, but I’ll try to avoid that; I’ve never seen the artist at work, so the woman in the pictures might actually be her/their/his representative to the public. Bandersnatch, perhaps alone amongst our street artists, uses only stencils as a medium. The artist(s?) seems to use only the Haight as a canvas; haven’t noticed works outside of that neighborhood. At first, Eclair kept the stencils pretty simple. 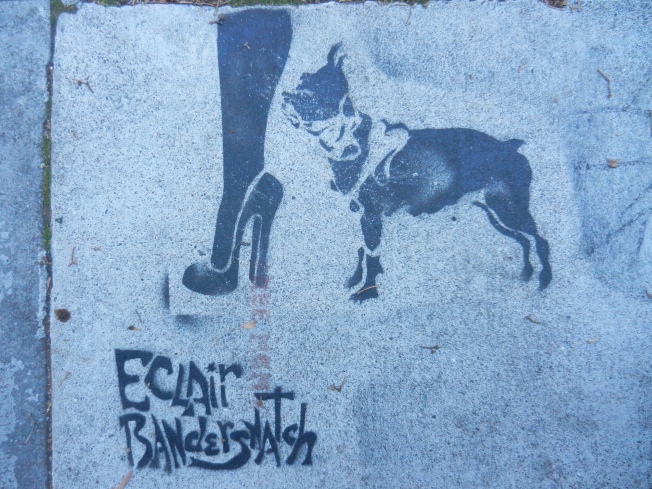 Then the artists added a few new elements. For example, more lettering aside from the signature. 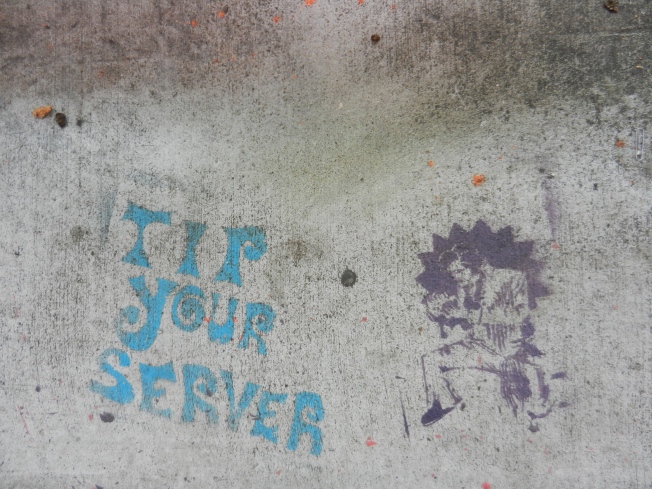 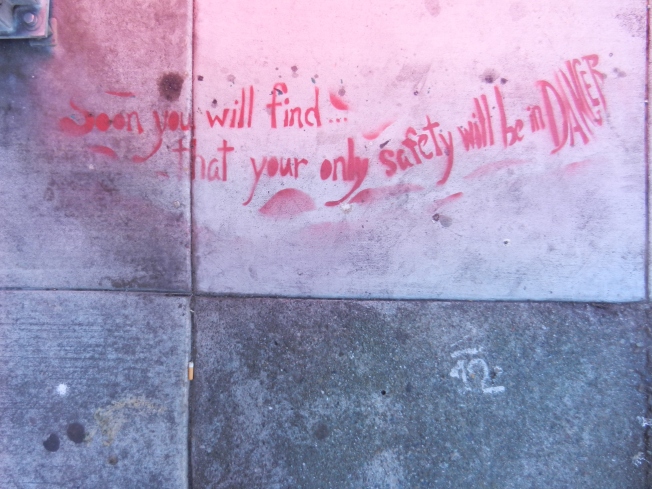 Sometimes a political element creeps into the later work. 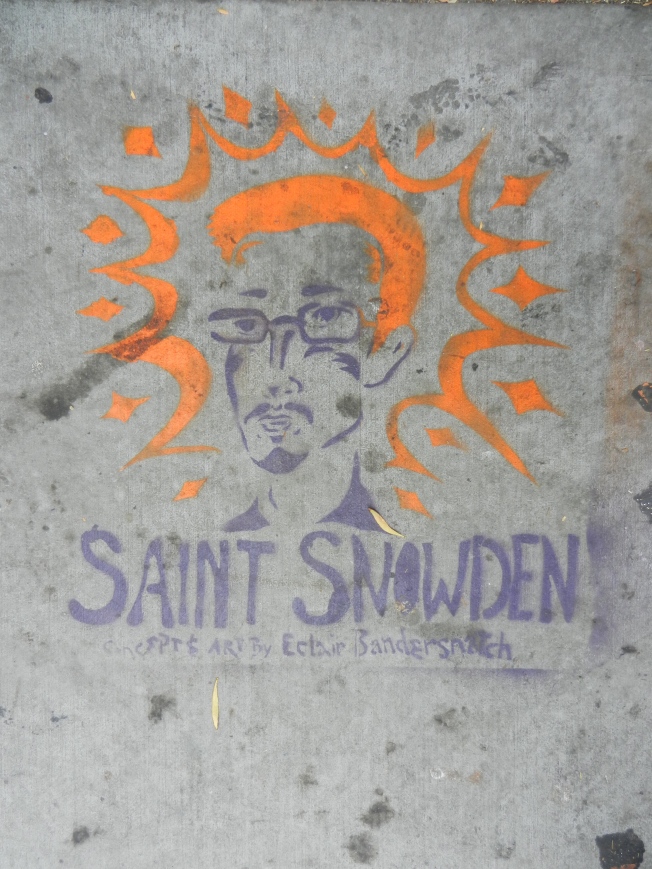 Almost all of the recent works have included a sexually suggestive element. 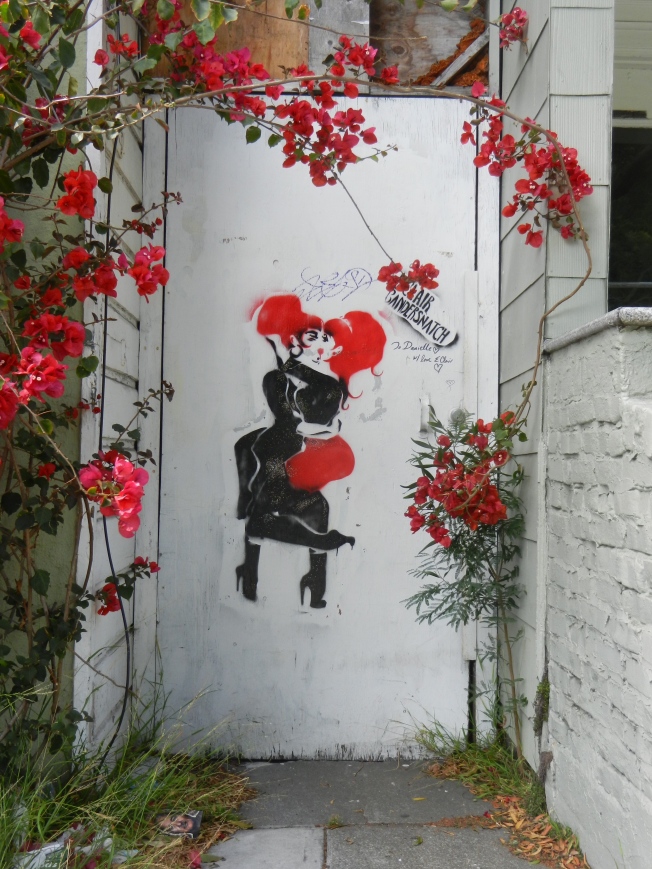 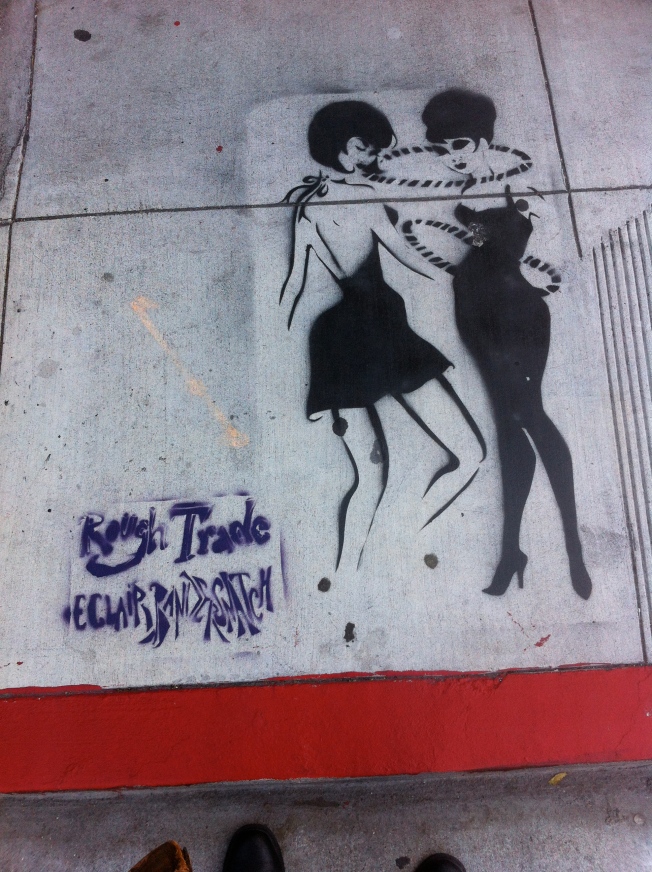 Occasionally, a local store will commission sidewalk art or a wall mural.

As is true of almost all street art, most of Bandersnatch’s work has disappeared, living on only in photo collections online. Such an evanescent medium seems inappropriate for such an original artist as Eclair Bandersnatch, but presumably the artist does not feel too “frumious” about that.